COLUMBIANA – A 50-year-old Alabaster man who has been charged with allegedly sexually abusing an underage victim is now facing two new sex charges after he was indicted by a Shelby County grand jury in March. 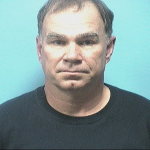 The grand jury returned a two-count indictment against James Harrison Moore, who lists an address on Wilderness Lane in Alabaster, on two counts of first-degree sexual abuse on March 27. Moore was booked into the Shelby County Jail on the two new sexual abuse charges on April 6, and he was released the same day after posting bonds totaling $80,000.

According to the indictment, Moore allegedly subjected a victim “to sexual contact by forcible compulsion” between January 1982 and January 1985. The two new charges came as the result of police investigation, the results of which were turned over to the grand jury for review.

Moore was released from jail on his original three charges after posting bonds on June 27, which was four days after he was arrested by the Alabaster Police Department and charged with the three felony counts.

County manager: OMSP hotel must ‘Stand on its own’