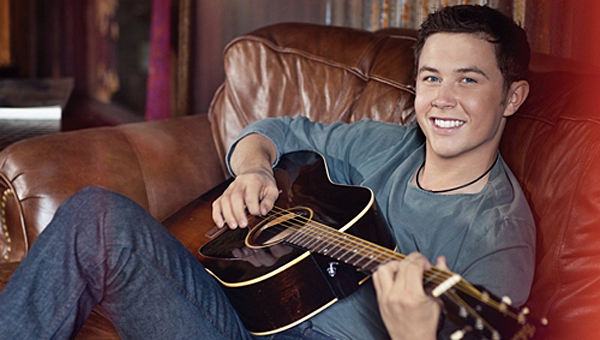 McCreery will take the stage at the festival, which is held each year in Alabaster Municipal Park, at 9 p.m. The Arts Council, which works to organize CityFest each year, has not yet announced a band for the festival’s 7 p.m. time slot.

McCreery has seen much success in the country music field since winning season 10 of American Idol in May 2011. He has sold 2.5 million albums, received platinum and gold certifications, debuted three consecutive albums at the top of the Billboard charts, released three platinum-certified singles and two top-10 hits.

His debut album, “Clear as Day,” caused McCreery to become the youngest man to have his first album debut at the top of the all-genre Billboard Top 200 in 2011.

He is well-known for songs such as “The Trouble with Girls,” “See you Tonight” and “I Love you this Big.”

CityFest is the largest entertainment festival in Shelby County, and regularly draws tens of thousands of attendees. The festival will feature music acts, vendors, a Kids Zone, a car show and more.

Divine Destiny and Divine Destiny 2 will take the stage at 10 a.m., followed by Sanchez Tanniehill at 10:30 a.m. Terry Padgett as Elvis will present his “Honoring the King of Rock and Roll” show at noon, followed by Keith Beard at 2 p.m.

The Alabaster Arts Council is preparing for the 2015 CityFest, and added a new TV media sponsor on April 8.... read more