HOOVER – A 30-year-old Odenville woman is facing up to life in prison after allegedly stealing evidence from the Alabama Department of Forensic Sciences facility at which she was employed. 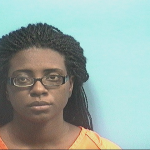 As of April 9, Hicks was being held in the Shelby County Jail on bonds totaling more than $2 million.

Hicks was an evidence technician at the Birmingham Regional Laboratory of the Alabama Department of Forensic Sciences on Valleydale Road in Hoover.

Hoover police launched an investigation after the Department of Forensic Sciences reported a routine inventory of its evidence revealed “numerous items of drug chemistry were missing.”

After conducting multiple interviews, Hoover police identified Hicks as the primary suspect in the thefts. Police obtained warrants on Hicks on March 26, and the suspect was picked up by the U.S. Marshals Gulf Coast Regional Fugitive Task Force on April 1.

Hicks was sitting in a car outside a residence in the 2200 block of Avenue I in Ensley when she was taken into cusdoty, and was transported to the Hoover Jail and then to the Shelby County Jail.

Trafficking cocaine and trafficking heroin are Class A felonies, according to Alabama law. If convicted, Hicks could face up to life in prison.