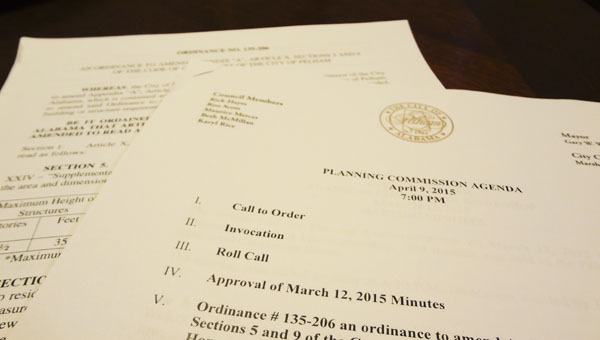 PELHAM – The Pelham Planning Commission approved the rezoning of Riverchase Middle School and ordinances regarding garden homes and food trucks in the city during a meeting April 9.

The RMS property’s zoning will change from A-1 (Agricultural) to O & I (Office & Institutional).

In February, the Pelham Board of Education approved an agreement to sell the RMS property to Shades Mountain Christian School for $4.25 million.

Pelham Mayor Gary Waters said the rezoning was necessary because a private school can’t operate on the property if it is zoned as A-1, and Shades Mountain is a private school.

The sale of the RMS property is part of a nearly $50 million building plan for Pelham City Schools, including the construction of a new middle school.

The agreement between Pelham City Schools and Shades Mountain maintains that RMS will stay in its current facility for two more years until construction of Pelham’s new middle school, Pelham Park, is completed.

Shades Mountain will take over the property in June 2017.

Regarding food trucks, the commission approved to amend an ordinance “to establish provision for mobile food units” in Pelham.

City leaders have spent months reviewing changes that needed to be made to zoning and business license ordinances to allow food trucks to operate in city limits.

Changes were made to a section of the city’s zoning ordinance that specifies all businesses in Pelham must be in a permanent building, which excludes food trucks.

“Food truck provisions will not be without very restrictive guidelines,” Waters said. “They will only be allowed in commercial areas. You’re not going to see food trucks set up in your neighborhood.”

In other business, the commission also approved “to change the required setback distances and garage or accessory building or structure requirements for garden homes.”

The commission also approved preliminary plats for Glen Iris and Kirkwall at Ballantrae and heard comments from current Ballantrae residents regarding drainage and noise concerns related to ongoing construction.

The Pelham City Council will hold public hearings on April 20 at 7 p.m. at Pelham City Hall to hear comments about the food truck and garden homes ordinances, along with the RMS property rezoning.

By NEAL WAGNER / Managing Editor HOOVER – A 30-year-old Odenville woman is facing up to life in prison after... read more