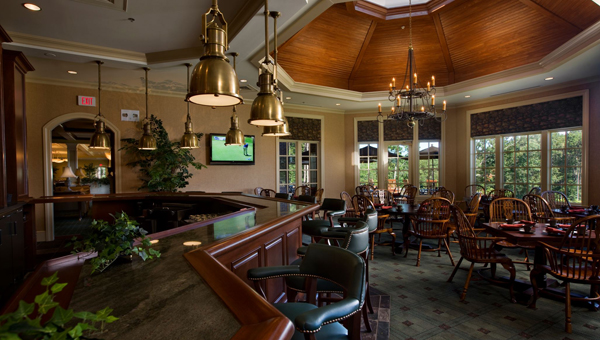 As a young teen, Martin tended to the garden, gaining an appreciation for farming, “the beauty of how things grow and the nutritional value of fresh ingredients,” he explained, and this passion is something that has stayed with him.

Now the executive chef at Inverness Country Club, Martin’s career did not take the most traditional trajectory.

Martin worked at a pizza joint in high school and at the Hungry Hunter while studying engineering at Auburn University. After college, Martin returned home to Anniston and took a job bussing tables at the Victoria Restaurant.

“That was my first taste of fine dining,” Martin said. “I fell in love with it.”

Martin followed this passion, returning to school to study culinary arts at the Atlanta Art Institute. After graduation, he developed his skills for six years under chef Frank Stitt, as a sous chef at both Bottega and Highlands Bar and Grille.

“That’s where I really matured and grew as a chef,” Martin said, adding Stitt “was always there to help and coach and teach.”

Prior to his role at ICC, Martin most recently served as owner and head chef at the Victoria Restaurant.

At ICC, Martin will not only serve made-to-order dishes for the tavern, but will also cater for groups and events, both large and small. Diners can expect to enjoy the freshest ingredients in every dish, from “handpicked, local, Alabama-grown produce” to Gulf Coast seafood.

“What I bring is really farm to table… really getting the best quality ingredients,” Martin said. “Our seafood and fresh fish we get from the Gulf Coast… I’ll be ordering it before it gets to the dock.”

The Tavern will feature a seasonally changing menu and daily specials. On Fridays, diners can select from a menu of farm-fresh specials.

“(We will) showcase a full menu of really new, cool dishes,” Martin said. “That’s where I get to play.”

The club will continue to serve a hearty Sunday brunch buffet.

Sunday alcohol sales will be on 2016 ballot

Shelby County voters will have a chance to decide if Sunday alcohol sales will be allowed during a 2016 election.... read more