Sunday alcohol sales will be on 2016 ballot 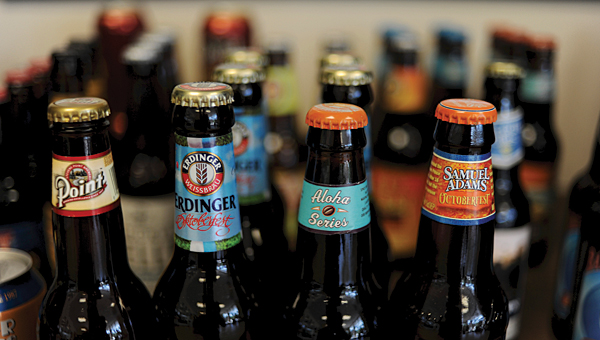 Shelby County voters will have a chance to decide if Sunday alcohol sales will be allowed during a 2016 election. (File)

Shelby County residents will have a chance to decide if alcohol should be sold in the county on Sundays during a March 2016 election after the Alabama Legislature approved the act.

The state House of Representatives passed the bill by a vote of 65-0 on March 19, and the Alabama Senate approved the bill 26-0 on April 9.

As a result of the bill’s passage, the issue will come to a public vote during the next countywide vote, which will come with the next presidential primary election in March 2016.

“It has gone on to the Secretary of State now so he can get it on the ballot,” Hill said during an April 14 interview. “It will definitely be on the ballot in March.”

If the matter is approved by Shelby County voters, it will allow Alcoholic Beverage Control Board-licensed retailers to sell alcoholic beverages in Shelby County after noon on Sundays. Sunday alcohol sales currently are outlawed in Shelby County for businesses without a private club license.

In a March 31 phone interview, Hill said his decision to sponsor the bill was “strictly economic,” and said the county’s current private club license system makes it difficult to attract new businesses to Shelby County.

Hill said the state ABC board did away with private club licenses about six years ago, but grandfathered in businesses already holding the licenses at the request of state legislators.

While some Shelby County businesses currently hold private club licenses through the grandfather clause, new businesses are not able to obtain the licenses.

An adult hockey game at the Pelham Ice Arena on April 20 will double as a fundraiser for Carly’s Clubhouse,... read more