COLUMBIANA – A 24-year-old Birmingham man has been released from jail and is set to appear in court in July after he was indicted on charges of assisting in a Pelham armed robbery on Christmas Eve 2013. 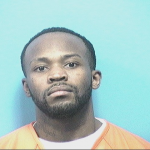 A Shelby County grand jury has returned a two-count indictment against Romero Deon McMorris, who lists an address on Sixth Street North in Birmingham, charging him with felony counts of first-degree robbery and first-degree burglary.

During the alleged robbery, Woods was armed with a gun, which led to the first-degree robbery charge.

McMorris was released from the Shelby County Jail, where he had remained since his Jan. 9, 2014, arrest, after posting bonds totaling $120,000 on March 18.

McMorris’ attorney, Bob Williams, filed a motion in Shelby County Circuit Court in November 2014 requesting McMorris’ bond be reduced, claiming the bond was “unconstitutionally unreasonable and is the equivalent of having no bond set in this matter.

Circuit Court Judge Dan Reeves did not take action on the bond reduction request before McMorris was released from jail.

McMorris is now scheduled to appear in court for a status call on July 7 at 8:30 a.m.

First-degree robbery and first-degree burglary both are Class A felonies. If convicted of the crimes, McMorris could face between 10-99 years in prison per charge.

Chad Jeter of Oak Mountain turns to take one of the few decent chances at goal the Eagles had in... read more