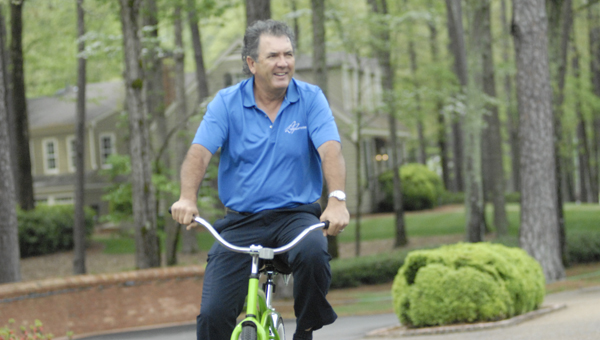 NORTH SHELBY – Shoal Creek will once again play home to The Tradition, which is one of the five major championships recognized by the Champions Tour. The Champions Tour is the premier golf tour for professional golfers over the age of fifty who are either unable or unwilling to compete on the PGA Tour. The Tradition is the nomad major of the five, traveling to different locales every so often. Since the tournament moved to Shoal Creek in 2011, the event has been officially sanctioned the Regions Tradition, named after the primary sponsor of the tournament, Regions Financial Corporation.

The tournament will take place from May 13-17. May 13 will feature a celebrity pro-am, with names like Nick Saban, Gus Malzahn, Bruce Pearl, Condoleezza Rice, Bo Jackson and Charles Barkley participating, among others.

“In the last 24 hours, there have been literally 250 children in our emergency room,” Warren said. “Twenty-eight of them had to be admitted to the hospital. Those 28 joined over 240 children and there are today 260-some odd children that are in Children’s of Alabama.”

Warren went on to say how greatly Children’s of Alabama values the partnership with Shoal Creek and Regions Tradition, and that the money raised for Children’s helps treat the children they serve.

As for the tournament itself, 2014 champion Kenny Perry will look to defend his title against the likes of 2013 champion Foster, who is coming off a Champions Tour win in Mississippi over the week of March 29.

Jacob Rich beats out a throw to first base during Spain Park’s April 15 game against Hewitt Trussville. The Jaguars... read more