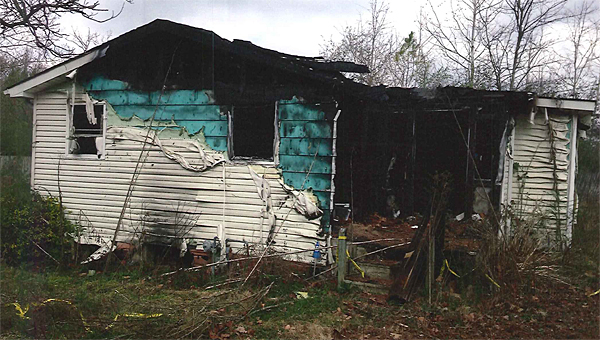 The Alabaster City Council approved the demolition of a burned-out house at 151 Daisy Lane during a recent meeting. (Contributed)

ALABASTER – A fire-damaged house off Alabama 119 in Alabaster soon will be coming down after the City Council authorized its demolition during an April 13 meeting.

Council members voted unanimously to move forward with tearing down a vacant house at 151 Daisy Lane, which is off Alabama 119 just south of the Publix shopping center.

The decision came after a public hearing on the matter, during which nobody spoke in favor of or against tearing the house down.

During a March work session, the City Council reviewed images of the house, which has sat vacant for at least several months after it was heavily damaged by a fire.

The city’s Housing Abatement Board declared the property a “public nuisance” during its December 2014 meeting, and ordered the property owners to demolish the structure by Jan. 30.

Because the house was not torn down by the deadline, the City Council was able to move forward with demolishing the structure. Because the city will cover the cost of tearing down the house, it will attach the demolition cost as a lien against the property.