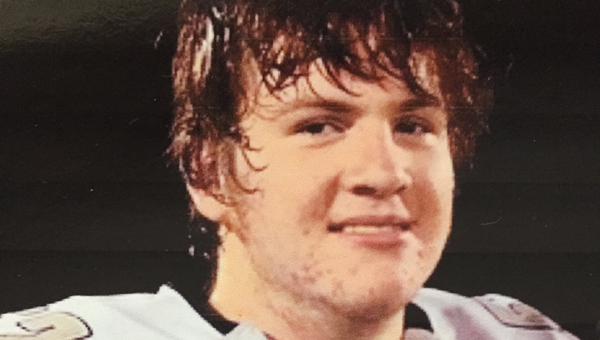 ALABASTER – Tyler Byrd has been blowing up offensive lines and backfields for his entire high school career, and now he has the opportunity to continue doing so at the college level.

Byrd, a linebacker for the Evangel Christian School football Lightning, was the defensive stalwart on an Evangel team that ended the 2014 season with a 12-2 record and a second place finish in the state in the Alabama Christian Sports Conference.

Don Murphy, head coach of the Lightning, finished up his first season manning the helm for the Evangel program and gushed over Byrd’s ability and character.

“Tyler’s thing is delivering bone-crushing hits,” Murphy said. “He’s got good speed. 4.75 (second 40-yard dash) speed. He played noseguard for two years and moved back to middle linebacker this year. He is a disruptive force as a linebacker.”

Byrd, the first Evangel footballer in three years to sign a college scholarship, will attend Crown College in St. Bonifacius, Minn., some 1,100 miles away from Alabaster. At the college level, Murphy said Crown will try to add about 40 pounds to Byrd’s frame and turn him into one of the fastest defensive ends in the conference.

Regardless of position or location, Murphy knows Byrd will be just fine at the next level.

“Tyler is a great kid,” Murphy said. “Solid-rock type of guy. I first coached Tyler when he was a ninth grader, I really think a lot of him and his family.”

Byrd had a tremendous desire to play football in college, especially as a senior, according to Murphy, which shows in the simple fact he is willing to relocate more than 1,000 miles away to continue his career, a feat that may not have been available for Evangel athletes just years ago.

“Today with the internet and Maxpreps and Hudl, these guys can be seen easier,” Murphy said. “This past year was when he (Byrd) started getting attention.”

Byrd will report to Crown this summer, where he will get on the college weightlifting program, and will hopefully play right away.

By BAKER ELLIS / Sports Editor ALABASTER – In the first round of the AAA AISA playoffs on April 20,... read more