PELHAM – A 33-year-old Pelham man is facing up to life in prison after he was charged with trafficking cocaine on Alabama 119 in the city. 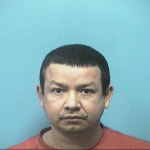 The Pelham Police Department arrested Rafael Sanchez Ayala, who lists an address in Pelham’s Green Park South mobile home park, on April 14 and charged him with one felony count of trafficking cocaine.

Trafficking cocaine is a Class A felony, according to Alabama law, and is punishable by up to life in prison upon conviction.

Pelham police Lt. Pete Folmar said the arrest came during a recent traffic stop on Alabama 119, during which a K-9 officer indicated there were drugs in the suspect’s vehicle, Folmar said.

According to Ayala’s arrest warrants, he allegedly had 28.5 grams of cocaine in his possession at the time of the traffic stop.

Folmar said the trafficking charge came as a result of the volume of cocaine allegedly found in the suspect’s vehicle, and said the substance was individually packaged in the vehicle.

Ayala is scheduled to appear in Shelby County Circuit Court on June 4 at 8:30 a.m.

Galloway overcomes scare on ‘Dancing with the Stars’

Alabaster resident Noah Galloway and his dancing partner, Sharna Burgess, are safe on the Dancing with the Stars competition for... read more