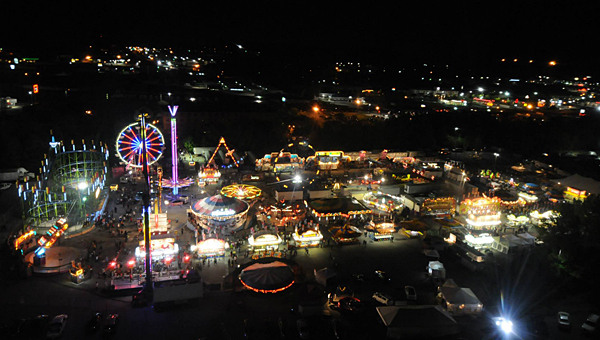 PELHAM – Live music, rides, games and attractions will fill the parking lot around the Oak Mountain Amphitheater through May 3, as the Oak Mountain Spring State Fair kicked off on April 23.

The fair is closed all day on Monday, April 27.

Children 35 inches tall and below are admitted free.

Each day, the fair will feature attractions such as a live alligator-wrestling show, a live stingray encounter and shows by Grandpa Cratchet, rides such as the swing tower and Nitro Blitzer and several types of games.

The event also will feature plenty of food and live music from Los B-OK, Nena Guzman and Sonora Tropicana on April 26.

To learn more about the fair, visit Oakmountainstatefair.com.