PELHAM – Fans of the FX show “Sons of Anarchy” will have a chance to meet a pair of the show’s stars in mid-May while supporting the nation’s veterans. 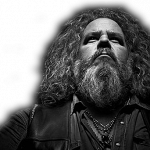 The nationally renowned veterans’ charity the Boot Campaign is hosting a weekend of events in Pelham and Hoover beginning on May 15 called “Bama’s Boots, Bands and Bikes,” which will be focused on promoting patriotism and raising funds for the military and veteran community. 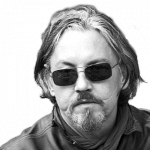 Highlighting the events will be Tommy Flanagan and Mark Boone Jr., who portray Filip “Chibs” Thelford and Robert “Bobby Elvis” Munson, respectively, on Sons of Anarchy.

The weekend of events will kick off on Friday, May 15 with a VIP dinner at the VooDoo Restaurant and Bar in Hoover, which Flanagan and Boone will attend.

The following day, Pelham’s Oak Mountain Amphitheater will host a day of live music, food trucks, a kid zone, vendors and more. Flanagan and Boone will be on-hand at the Amphitheater to greet visitors, sign autographs and support the Boot Campaign.

“Honored guests will include family members of those that fought and died with Marcus Luttrell during Operation Red Wing who were portrayed in the movie “Lone Survivor,” read an event press release.

Following the charity motorcycle ride, a VIP party will be held featuring a with a meet-and-greet with Flanagan and Boone and a silent auction.

All proceeds from the events will benefit the Boot Campaign, which is “dedicated to promoting patriotism for America and our military community, raising awareness of the unique challenges service members face during and post-service and providing assistance to military personnel, past and present, and their families,” according to the organization’s website.

To learn more about the events, visit Bamasbootsbandsandbikes.com.