Kids fly free at county airport on May 16 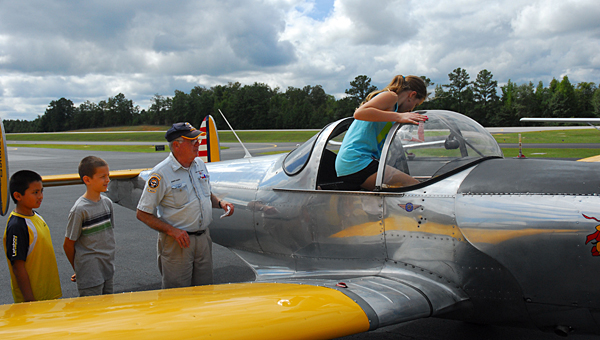 Children between the ages of 8 and 17 will have a chance to soar into the skies for free at the Shelby County Airport on Saturday, May 16 during the airport’s Young Eagles Day.

Throughout the morning, pilots with the Shelby County chapter of the EAA will take kids on free flights lasting about 20 minutes. Flights will depart at 9 a.m., 10 a.m., 11 a.m. and noon.

The Shelby County Airport has held several previous Young Eagles flight days, and has seen between 50 and 80 participants in each class. During the event, local pilots will have a variety of small one- and two-engine planes on hand to fly the kids.

Registration forms should be filled out, signed by parents and brought to the airport the day of the flight.

Participants are encouraged to schedule a time to fly in advance by calling Ward at 914-5984 or emailing him at johnnyward1@yahoo.com. Participants should arrive at the airport 45 minutes before their scheduled flight to allow time for check-in and briefing.

Ward previously said the EAA is sponsoring Young Eagles Day programs at airports across the nation in an attempt to eventually combat a shortage of commercial pilots entering the workforce.