Briarwood has most individual state champions in 6A tennis 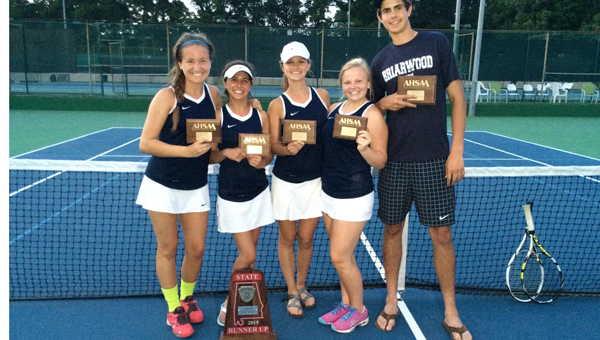 MOBILE – The Briarwood Christian girls tennis team finished 11 points shy of a state title on April 25. Walker High School won the girls title with 71 team points, while Briarwood finished second with 60. The Lady Lions did have the most individual state champions, however, with a total of four from the girls’ team and one from the boys’ team.

The Briarwood boys finished fourth in their state appearance, just two places out of third and only five points away from first place Hillcrest-Tuscaloosa. Thomas Collier was the only individual champion for the boys, beating Winston Smith on the second court in straight sets, 6-1, 6-3. The boys team also won the team sportsmanship award for the 6A boys’ meet.

The five individual champions were more than any other school in 6A.

By BAKER ELLIS / Sports Editor NORTH SHELBY – In the first round of the girls’ soccer 6A tournament, the... read more