How did Galloway fare on ‘Dancing with the Stars?’ 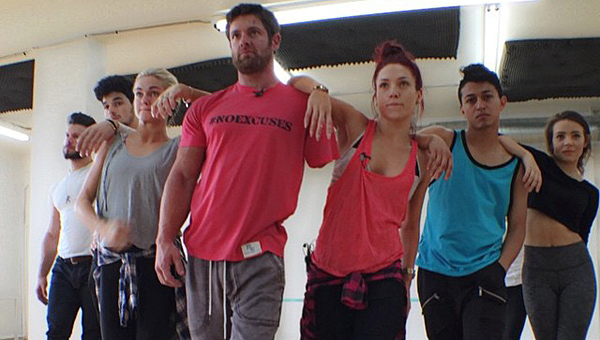 Alabaster’s Noah Galloway dumfounded the judges on week seven of “Dancing with the Stars” on April 27 by portraying the leader of a 1970s gang and acting out an elaborate bank heist.

Galloway and his dance partner, Sharna Burgess, took a step back into the disco age during the decade-themed competition, earning a standing ovation and a nearly perfect score.

The routine included several dancers, and Galloway even capped off the performance by donning a leather hat.

“The concept of this jazz routine is I’m the leader of this gang in the ‘70s, and we’re going to do a heist,” Galloway said while introducing the performance. “It’s strange for me to be this flamboyant character that I’m not. I need to let loose and not be afraid to make a fool of myself and live in the moment.”

After the routine, the show’s judges awarded Galloway a 36 out of 40, which was later bumped up to 38 after he won a dance-off competition later in the show.

Judge Carrie Ann Inaba had a difficult time putting her thoughts into words after Galloway’s performance.

“What was that? That was insane,” Inaba said. “To me, when people come back and watch Dancing with the Stars and its best hits, that’s going to be right dead center. You blew it all out of the ceiling.”

Judge Len Goodman said he is not a fan of large dance productions, but complimented Galloway’s dedication.

“It was strong and it was clean,” Goodman said. “I’ve got to say, you have half the limbs of most guys, but I tell you, you’re twice the man. It’s as good as any dance I’ve seen you perform.”

Judge Julianne Hough said she is “pretty much obsessed” with Galloway and Burgess.

“That was the most fun I think I’ve ever had sitting at this table,” Hough said. “We’ve seen you improve each week, but this one was so different. There was an energy.”

“I want to be in that gang,” Tonioli said.

A homicide suspect is currently being held in custody after a 61-year-old Helena man was found dead of apparent gunshot... read more