PELHAM – A 36-year-old Concord man is facing a trio of felony rape charges after police in Pelham and Hoover said he allegedly engaged in intercourse with a woman “who was incapable of consent by reason of being mentally defective.” 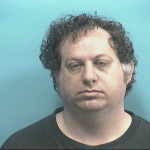 The Pelham Police Department arrested James Marshall McCracken, who lists an address on Roberts Lane in Concord, on April 21 and charged him with two felony counts of second-degree rape.

After he was arrested by Pelham police, McCracken was then arrested by Hoover police in Jefferson County on April 23 and charged with a third second-degree rape charge.

McCracken is a registered sex offender, and was convicted of second-degree sexual abuse in 2004 in a case involving a 5-year-old male victim and an 8-year-old female victim.

He pleaded guilty to a failure to register as a sex offender charge in 2013 in Jefferson County.

He was released from the Shelby County Jail on April 23 after posting bond totaling $90,000.

Second-degree rape is a Class B felony, and is punishable by up to 20 years in prison per charge.

A developer is looking to bring a new subdivision to Alabaster near the intersection of Butler Road and Shelby County... read more