What are the possibilities for Medical Mile, Siluria? 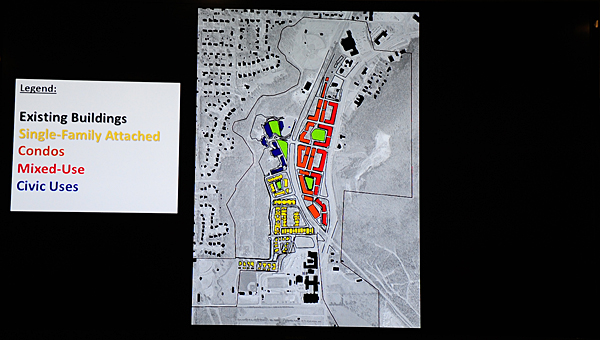 ALABASTER – Alabaster residents, business owners and employees suggested items such as a civic center, different types of residential and business development and more pedestrian and bicycle-friendly offerings along U.S. 31 for a pair of city districts during a series of public meetings from April 27-30.

On April 30, the Regional Planning Commission of Greater Birmingham, which is working with Alabaster to update the city’s 2005 comprehensive plan, detailed feedback it received during several public input sessions earlier in the week.

The feedback focused on the Main Street Medical Mile district along U.S. 31 near Shelby Baptist Medical Center and the Siluria Mill area off Alabama 119 near Alabaster City Hall.

“These are just ideas. There are no plans to change anything,” said Regional Planning Commission representative Darrel Howard. “We just sat down and listened to what peoples’ interests were and what they would like to see happen.”

About 25 Alabaster residents attended the April 30 meeting, and provided feedback on several possibilities for the two districts.

Through its studies of the Medical Mile, and through public feedback during previous meetings, the Regional Planning Commission determined about 70 percent of Alabaster’s jobs are in the Medical Mile area.

“It has the potential to become a very vibrant place, a major destination,” Howard said. “It is very, very unfriendly to pedestrians. If you walk along that corridor now, you are taking your life into your own hands.”

Some residents in attendance said they had concerns about adding pedestrian and bicycle traffic along the corridor, and some said they would like to see more quality sit-down restaurants in the area.

Some current Siluria residents in attendance said they are opposed to changing the community, and said they worried about increased traffic levels in the area.

Howard said the Regional Planning Commission is still continuing to accept public feedback on Alabasterforward.com, and likely will present its final recommendations to the City Council in September.