HOOVER—A Trussville man has been charged with a hate crime after allegedly entering a doctor’s office on and harassing two innocent bystanders and spraying one with pepper spray on April 22. 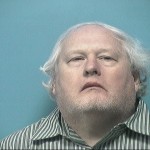 The Hoover Police Department apprehended Charles Sherron Liles, 57, on April 30 and charged him with one felony count of criminal use of a defense spray and misdemeanor counts of harassment and third-degree assault.

According to court documents, Liles allegedly “directed harassing remarks towards one patron, directed racial epithets at a second patron and then sprayed the second patron” with pepper spray.

According to Liles’ arrest warrants, his alleged actions are defined as a hate crime by Alabama law.

The victim sprayed directly with pepper spray required treatment at the hospital following the incident due to the after-effects of the pepper spray in her eyes, Rector said.

Although she did not suffer permanent injury or damage, Rector said pepper spray is “very painful when you get it in your eyes.”

Several others in the doctor’s office waiting room were also affected by the pepper spray, Rector confirmed.

Liles had no prior connection to the victims, and according to court documents, his alleged actions and attack on the two “innocent bystanders” were unprovoked.

Liles was placed in the Shelby County Jail following his April 30 arrest and is being held on bonds totaling $122,000.

“(Liles) is a danger to himself and to the public at large and poses a risk of flight,” the district attorney’s bond recommendation form reads.