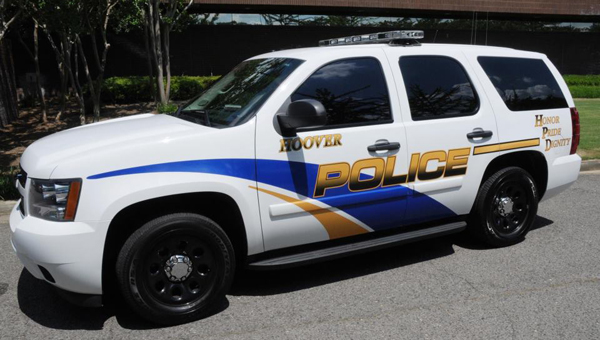 The Hoover Council approved the purchase of 90 police body cameras during a May 4 meeting. (File)

HOOVER—Hoover Police patrol officers will soon be equipped with new body cameras after the Hoover City Council approved a resolution to purchase 90 body cameras with evidence transfer modules and online storage during a May 4 meeting.

The Council unanimously approved the $77,575.20 purchase from Taser International. The 90 cameras will supply “everybody in the field” with up to five cameras in reserve, Hoover Police Chief Nick Derzis told the Council.

“We’ve been working on this since last May,” Derzis said, noting the cameras fit the police department’s needs and specifications.

Derzis confirmed the cameras will record both audio and video, and are expected to arrive within three to four weeks.

“This is a great move for our police department,” Hoover City Councilman Gene Smith said. “This is going to be great for our officers.”

Smith said the cameras, as an “uninvolved third party,” will prevent “frivolous lawsuits” against the police.

The May 4 acceptance of the bid for body cameras came after the initial rejection of three bids during an April 6 Council meeting. An invitation to bid was once again sent out to 91 vendors and posted on the city website. Two bids were returned and opened on April 28, the resolution confirmed.

“I have reviewed the bid submittals with Captain Neill and Lt. Bass, of the Hoover Police Department, and with other city leaders and staff members,” Hoover Director of Purchasing Ben Powell wrote in an April 30 letter to Mayor Gary Ivey and the Council. Powell confirmed the bid from Taser International “is the lowest responsible bid meeting all specifications.”

“We’re very satisfied with Taser International,” Derzis said, noting the company is at the “forefront” with body camera technology.