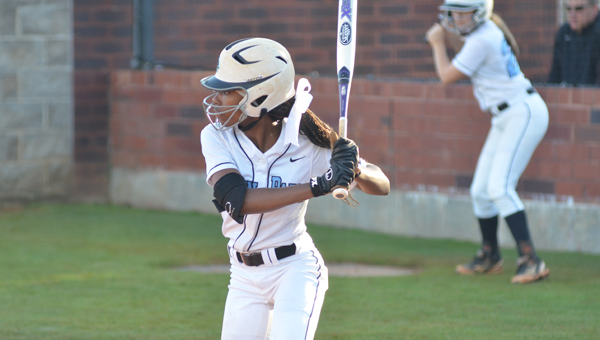 NORTH SHELBY – The Spain Park Lady Jaguars hosted the 7A Area 8 softball championship tournament, which took place from April 30-May 2. The Lady Jaguars won the tournament after beating Mountain Brook in the first game before defeating Hewitt-Trussville twice in three games to lock up the championship.

The softball area tournaments are double elimination, and the top-two finishers in each area move on to the state tournament. Spain Park, the top-seeded team in 7A Area 8, needed just four-and-a-half innings to beat Mountain Brook 10-0 to advance to the second round, where it faced off against Hewitt-Trussville. The Lady Jaguars defeated the Lady Huskies 5-2 to advance to the third round of the tournament. Hewitt-Trussville won its consolation game to advance out of the loser’s bracket and face Spain Park again, and defeated the Lady Jaguars in the rematch by a score of 11-4 to set up a third game.

In the third game between the two teams in less than 24 hours, Mary Kathryn Bonamy took the mound for Spain Park and never left. Bonamy threw a complete game, seven-inning effort in which she tossed 89 pitches, gave up 11 hits and five runs while striking out two.

The Lady Jaguars advanced to 34-10-2 after the tournament and will take on Hoover in the North-Central Regional Qualifier in Tuscaloosa in the next round of the 7A state tournament.

The Helena Huskies baseball team defeated the Marbury Bulldogs two of three games to advance to the 5A Baseball Semifinals.... read more