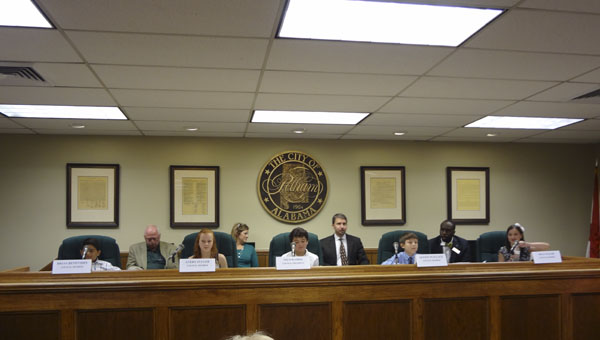 PELHAM – A new crop of leaders took their seats in Pelham’s City Council Chambers on the night of May 4, prepared to conduct a council meeting and review issues affecting local residents and students.

The leaders were fifth graders at Valley Intermediate School who participated in Youth Government Day, an annual event in which students spend time with city officials and employees to learn about how local government operates and what each department head’s responsibilities are in the municipal framework.

“You can tell our future is in bright hands,” Councilman Maurice Mercer said of the students before the real City Council meeting adjourned and the student-led meeting began.

Mozeb shadowed Pelham Police Chief Larry Palmer, who he described as “a great guy” who “makes the community feel like a family.”

“Thank you for letting me be here today,” Mozeb said.

Lankford learned how to call roll and conduct a roll call vote during council meetings from City Clerk Marsha Yates.

“I learned that it’s important what these guys do for us every single day to make this place a better place,” Lankford said. “It feels like a really great blessing to be up here.”