Alabaster-Pelham Rotary golf tournament is May 18 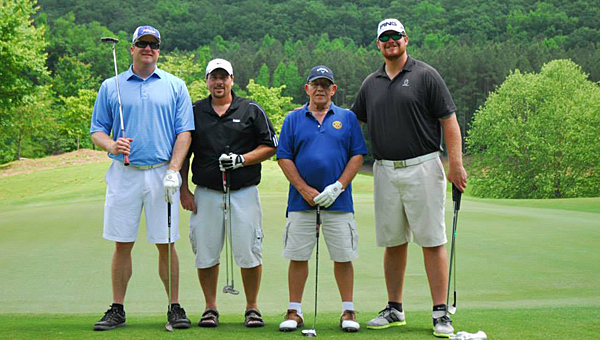 The Alabaster-Pelham Rotary Club will hold its annual charity golf tournament on Monday, May 18 at Timberline Golf Club in Calera.

The four-man scramble will begin with a shotgun start at 12:30 p.m., and lunch will be provided for all players. Following the tournament, a door prize drawing will be held and dinner will be provided by Alabaster’s Chubb’s Grub Station restaurant.

After all teams play 18 holes, $1,000 in prize money will be split between the first- second- and third-place teams, and prize money also will be provided for holes-in-one.

The event also will give participants chances to win prizes for drives closest to the pin on par-3 holes, and in a putting contest on the course’s putting green.

The Alabaster-Pelham Rotary Club is a certified non-profit organization, and all proceeds from the event will be used to support area charities and local residents in need.

For more information, or to register to play in the tournament, email club Secretary Neal Wagner at neal.wagner@shelbycountyreporter.com or club Sergeant at Arms Dick Ritz at dickritz22@yahoo.com.

Creek View Elementary School kindergarten teacher Paige Pearson reads “If you Give a Mouse a Cookie” to the school’s incoming... read more