MONTGOMERY – Shelby County likely will have direct representation on the Birmingham Water Works Board after the Alabama Legislature approved a bill to reorganize the entity on May 5.

Through the bill, which was sponsored in the Alabama Senate by Sen. Jabo Waggoner, R-Vestavia Hills, the Shelby County Commission will begin appointing a member to the Water Works Board beginning in 2017.

Former state Rep. Paul DeMarco, R-Homewood, said he worked with Waggoner to sponsor the legislation during the 2013 and 2014 legislative sessions, and lobbied for the bill’s passage this year.

In addition to a representative from Shelby County, the bill also will add members from Jefferson and Blount counties to the board, and caps board member compensation at $1,000 per month. The bill also requires the board to give public notice at least 30 days prior to a meeting regarding rate increases, and requires the board to hold a public hearing at the meeting before voting on any rate hikes.

Shelby County Commissioner Corley Ellis praised the bill’s passage, and called it a “step in the right direction.”

“With so many Shelby County citizens on that water system, it just makes sense,” Ellis said. “I’m glad it passed. I think that’s a good move for (the Legislature).”

State Sen. Cam Ward, R-Alabaster, co-sponsored the bill, and said the changes will combat “unfair treatment” Shelby County ratepayers have faced in the past.

“If rates should go up, we deserve to have a voice in that,” Ward said. “We are all very excited about it.” 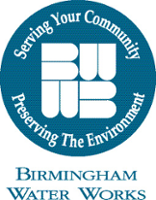