Hiett and Brisendine looking forward to continuing their volleyball careers 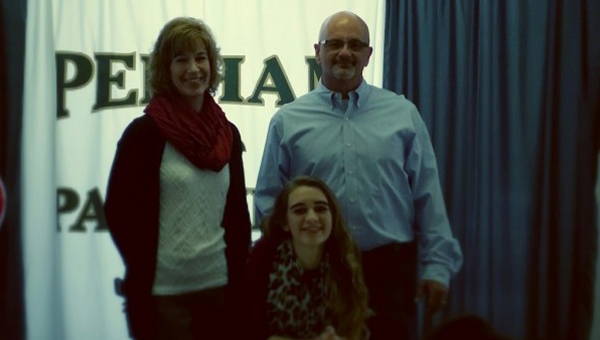 PELHAM – In the fall of 2014, the Pelham Lady Panthers volleyball team had their most successful season to date, which culminated in a second-place finish in the 6A state tournament. Now, two of the five seniors from the 2014 squad will continue their playing careers at the college level. 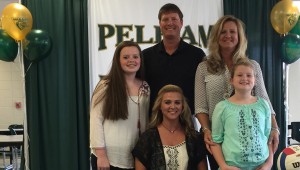 They are Autumn Hiett, who has committed to play at the University of Alabama at Birimingham, and Hayley Brisendine, who has signed a scholarship to attend Martin Methodist College in Pulaski, Tenn. and both are excited about the opportunity to continue playing the sport they have grown up with.

Brisendine, a high school libero, fell on the opposite end of the spectrum, not positive she wanted to play until her high school career was finished. “At first I wasn’t sure I even wanted to play in college,” Brisendine said. “But after volleyball ended I knew I was going to miss it. I got burned out pretty bad for about a year, so then I didn’t want to play at all in college, but after the season ended my senior year I decided I wanted to (play).”

Brisendine was approached by Martin Methodist at the state tournament her senior season, while Hiett was more proactive with her college search, reaching out to UAB seeking a spot on their roster.

Both have been playing since their middle school days, and neither one is overly concerned with the inevitable adjustments that will come from moving into the world of college sports.

“This past season I went to one of their (UAB’s) games,” Hiett said. “I’ve been playing club ball. Club ball is a little faster than high school ball. So it (the college game) didn’t look faster, the girls are just bigger.”

“My coach told me she expects me to come in and pretty much start,” Brisendine said. “It just kind of depends on what I do and making sure I work hard.” Brisendine said she watched one of Martin Methodist’s games this past season and was, “kind of ready to go in,” while she was watching.

Both will report to their respective schools in August, and will hope to contribute and get on the court as soon as possible.

Robbie Blackwell, shown here with one of his junior golfers, has been teaching golf to youngsters ever since he was... read more