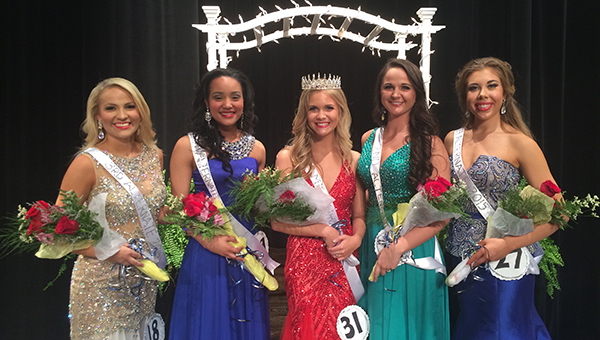 HELENA–Even though the school year is winding down, this time of year is probably one of the busiest times of the year for students, teachers and administrators before everything comes to a screeching halt near the end of May.

Helena High School is only mere weeks away from completing its first academic school year and 2015 will mark the first senior class in HHS history.

Kenlee Hood was crowned the first ever Miss HHS winner wearing a beautiful red formal dress that the judges approved of by awarding her the crown.

These girls rounded out the rest of the top 10: Shireen Rashid, Bailey Everett, Ashley Traylor, Kayla Dubberly and Courtney Zajic.

A freshmen, sophomore and junior elite award was given to three separate girls and the winners were Shireen Rahsid, Bailey Everett and Tiffany Hogue.

Mary Catherine Collins was the winner of the Miss Congeniality Award, Ashlyn Coats won Most Photogenic and Austen Howell took home the award for Best Escort.