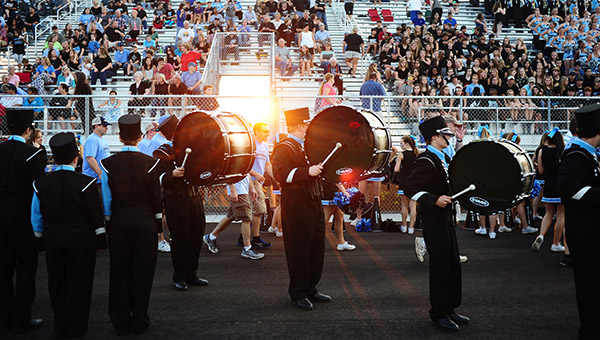 Each year, the money raised from the festival will go to a certain group or charity and this year the funds raised from the duck race went to the Helena High School Band Boosters.

This year’s race produced more than $10,000 in donations as 2,143 total ducks were purchased which was a Buck Creek Festival record.

Each duck has an assigned number and those who purchased the ducks that finished in the top three won cash prizes.

After paying out the cash prizes and other expenses, the amount of money raised for the HHS Band Boosters was $8,000.

Band Booster President Jan Hull has been working with the band boosters for more than two years before the high school was built in preparation for the opening of the school in the fall of 2014.

“There were some times before the school year started where I thought how are we going to pull this off?” said Hull. “We had a great first year and the band is growing and the main thing this money will go towards is buying new instruments.”

Hull said the band needs to purchase three new sousaphone marching tubas, and emphasized that they cost around $6,000 a piece and also said the band plans to add another drum major.

Hull currently has a daughter that is a junior at Helena High School and is an assistant drum major and also plays flute in the HHS Band.

“The school has been great and the city of Helena has been phenomenal,” said Hull. “The students have done everything we asked them to do and beyond and really stepped up to the plate to lead the program. I can’t believe the first year is nearly over.”

A drone video of the Duck Race was created by Kevin Henderson. You can view the video at https://youtu.be/OhRngvJlfmI