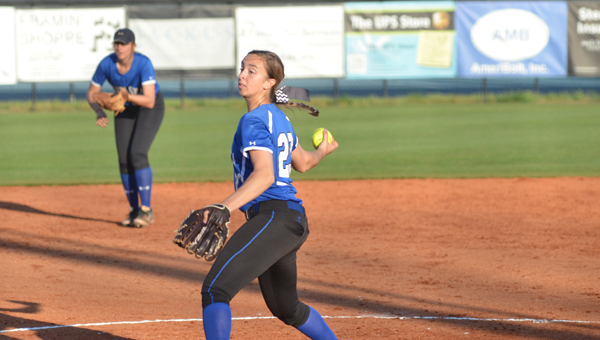 Caiti Davis and the Chelsea Lady Hornets completed a three-game sweep of the 6A North Central Regional to earn a spot in the 6A state tournament. (File)

In the first game of the tournament, Chelsea ace Sarah Cespedes took the mound and never came off. Cespedes threw seven complete innings, tossed 122 pitches, gave up just one hit and struck out an incredible 16 batters. With Cespedes in complete control from the mound, the Lady Hornets needed to just give her enough run support to get by. One run in both the fourth and the fifth innings got the job done, and Chelsea advanced to the next round. Tristan Ziannis led the way for Chelsea from the plate in the first game with a 3-for-4 effort.

The Chelsea bats came alive a little more in the second game against Gardendale, but waited until the end of the game to do so. Down 2-1 heading into the bottom of the fifth inning, the Lady Hornets ripped off two runs in the fifth before adding four more in the bottom of the sixth to get the win. Alexis Eisenberg started on the mound and threw 5.1 innings, gave up two runs on six hits and struck out two before being replaced by Caiti Davis, who finished up the last 1.2 innings of work in scoreless fashion.

In the North Central Regional championship game on May 9, Cespedes once again took the mound and once again pitched a complete game. She went seven innings, threw 107 pitches, bringing her pitch total to 229 pitches in the two-day tournament, struck out six and gave up no runs on three hits. Chelsea knocked across two runs in the first and second inning each, and added another run in the sixth to win the game and the tournament 5-0.

The Lady Hornets will now face Hillcrest-Tuscaloosa in the opening round of the 6A tournament on May 15 at 12 p.m. in Montgomery.

Sam Finnerty helped lead the Pelham Panthers past Spanish Fort on May 8-9 to earn a spot back in the... read more