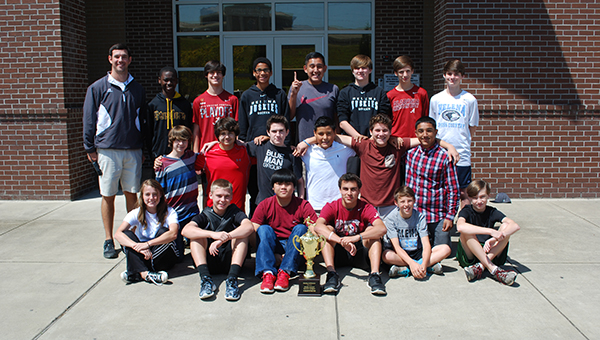 The Huskies finished the year with an 8-1-1 record, which resulted in the best record in the league.

Helena Middle School head coach Brandon Byars was in his first year coaching the team and had good things to say about how well his team worked together to win the league.

“As far as the team aspect of it, they played well together as a team all year and they communicated well and there was just a good teamwork aspect to it,” said Byars. “We had two good captains, Vince Nava Narvaez and Zac Fuller, who helped me at practice and just communicated well out on the field to the rest of their teammates.”

Every team in the league has a mixture of boys and girls and both can try out for the soccer team since there are not separate teams for boys and girls in middle school.

Another reason for the Huskies success came when no one is watching, and that’s in offseason workouts.

“Another reason we were successful were from offseason workouts,” said Byars. “After tryouts, we had workouts three times a week and before Christmas break and after the break we started practicing. I think that helped us come together as a team.”