New software will have ‘dramatic effect’ for fire department 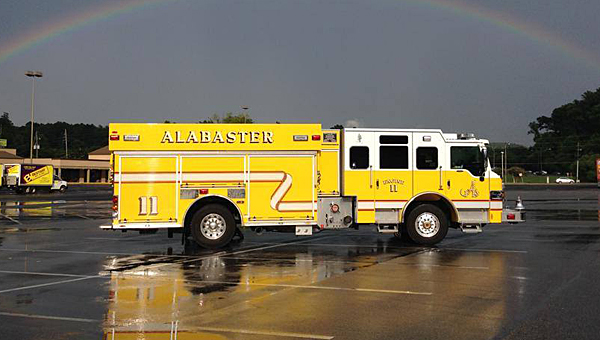 The Alabaster Fire Department will be able to more efficiently respond to calls thanks to a new software system, according to the city’s fire chief. (Contributed)

ALABASTER – The Alabaster Fire Department will be able to more effectively handle calls thanks to a new software system purchased by the City Council during a May 11 meeting, said Fire Chief Jim Golden.

The City Council voted unanimously during the meeting to enter into a three-year agreement with the FireHouse Software company to purchase the records-management software.

Golden said the software will have a “dramatic effect” on the fire department’s efficiency, as firefighters will be able to access the records management database from the field using iPads and other mobile devices.

Mobile access to the system will be especially useful for firefighters and fire inspectors traveling to a call or to an inspection, as they will be able to more easily see a structure’s full history when they arrive on the scene.

“Before, they had to go out with a notebook and a hardcopy form of the previous inspection,” Golden said. “Now, we will be able to do all of that from the field.

“We are excited about it,” Golden added. “We’re excited to take another step in improving services to our customers.”

Alabaster City Manager George Henry said the software will be integrated with the city’s geographic information system, which will allow firefighters to more quickly locate and respond to calls.