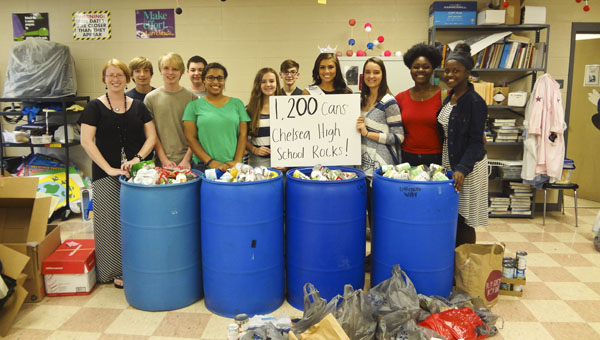 “One in five people are hungry in Alabama,” Jacks said. “I’m really just doing what I can to get that number to go down.”

Jacks works with the Community Food Bank of Central Alabama as part of her platform, Feeding America, and said she has been wanting to hold a food drive for a while.

“I reached out to Beta Club members here, and they were more than happy to help,” Jacks said.

Jacks is an incoming senior at the University of Alabama and will compete in the Miss Alabama Pageant on June 3-6 at Samford University.

“I was glad I got to hook up with Cassidy and do this food drive,” CHHS junior and Beta Club member Claire Wilson said. “It’s been a lot of fun.”