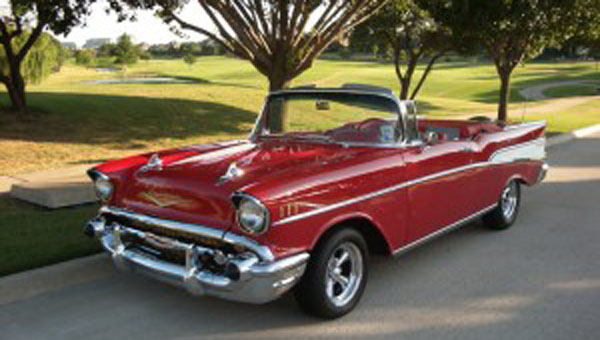 CHELSEA – Barbecue, fine cars and fellowship will be on the agenda at Union, The Church at Chelsea Park’s 10th Annual Car Show and BBQ event on May 23.

From 10 a.m. to 1 p.m., the church is inviting everyone to come enjoy smoked Boston butts, live music and a variety of cars on display.

J.C. Burgess, the church’s lay leader and car show organizer, said the event is primarily designed to draw people to the church.

“We never have done it to try to make money,” Burgess said. “It’s just simply a way to have people come by and meet some of our church family and look at our facility. Like all churches, we like to build our membership.”

“He (Bradberry) takes care of the cars, and I take care of the cooking,” Burgess said, noting he typically cooks about 450 pounds of Boston butt.

Food plates will be sold, but admission to the event is free.

“It’s grown over the years,” Burgess said. “We’ve had as many as 300 people come just as guests.”

Burgess said anyone may enter the car show. Participants will receive a free goody bag.

The event will also include trophies for car show winners and giveaways.

“You just come and bring your car,” Burgess said.

“We enjoy doing it, and the people that come do seem to have a good time,” Burgess said. “It’s becoming pretty popular.”