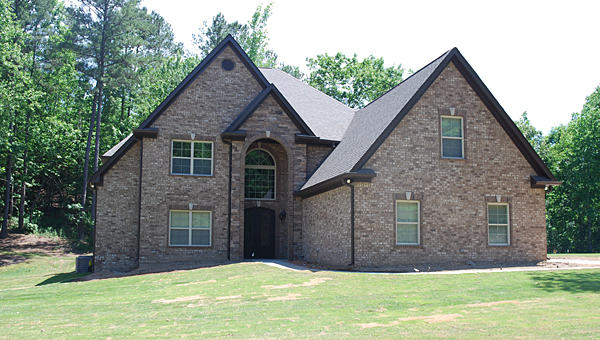 Fred Reed, who was paralyzed from the waist down in a car wreck, had a house built in Pelham to fit his needs. (Contributed)

By JOHN MCEACHIN / Special to the Reporter

PELHAM – For the average citizen, walking in and out of their own home is not the slightest problem. For the last three years up until the present, it has been a different story for Birmingham citizen Fred Reed who was paralyzed in a car wreck from the waist down.

Real estate agent and close family friend Deneise Fondren helped Reed and his family build a brand new home which will now aid and assist all of his paralytic needs.

The Reeds searched for a home that would accommodate many of the necessities most people take for granted, but they could not find one.
Activities such as bathing, cooking, and getting through a doorway are all challenging for a person who is paraplegic if the house does not aid those needs in the right way.
His wife and caretaker Janice Reed explained the task of trying to find the right house.
“No matter where we went, the doorways were not wide enough, or the hallways weren’t wide enough, or we actually couldn’t make it in the house period,” Janice Reed said.
When Fondren realized they would not be able to find the right house, she suggested they build one instead. Not long afterward, Fondren teamed up with Regina Williams of Vann-Williams Custom Homes to design and build the new home on a vacant lot in Pelham, AL.
Now Reed will enjoy his own rehab room, wider hallways and doors for his wheelchair, a roll-in shower, an elevator, and a storm shelter. He will also be able to cook on his own and be able to go onto his back porch without any required help.
Both Fondren and Janice Reed said she felt like it is important for there to be more homes that are friendly to those who are handicapped and believe it will help them feel like they are not as limited in life.
“It’s a feeling that’s hard to explain because it’s deep,” Fondren said. “Because of all these things we take for granted and just seeing them and the smiles on their faces and knowing that I can just see him outside (of the house).”
The Reeds will move into their new home at the end of May.