Chelsea attorney elected to Board of Bar Commissioners

Chelsea attorney Mark Boardman has been elected as a member of the Board of Bar Commissioners. 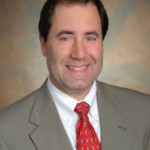 The results of the election were released this month after members of the Shelby County Bar Association concluded the online voting.

Boardman received 70 percent of the vote in a four-person race.

“I am truly honored that the attorneys in Shelby County have the trust and confidence to elect me to this important position,” Boardman wrote in a press release. “I pledge that I will work hard to ensure integrity and honesty among the attorneys practicing in Alabama.”

The Board has the authority to make and enforce rules in relation to admissions, rules of ethics and the discipline of the members.

They also investigate and act on complaints concerning conduct of members.

Mark Boardman has been practicing law for 32 years and his law firm, Boardman, Carr, Bennett, Watkins, Hill & Gamble, P.C. has been located in Chelsea for 15 years.

Serving is nothing new to Boardman as he has served as president, vice-president, secretary and treasurer of the Shelby County Bar.

“As you leave Chelsea, look up on the hill to your right and you will see our office,” Boardman wrote in the release. “We have a great view and have loved watching the growth and development in this area. There is certainly more traffic than when we moved here 15 years ago.”