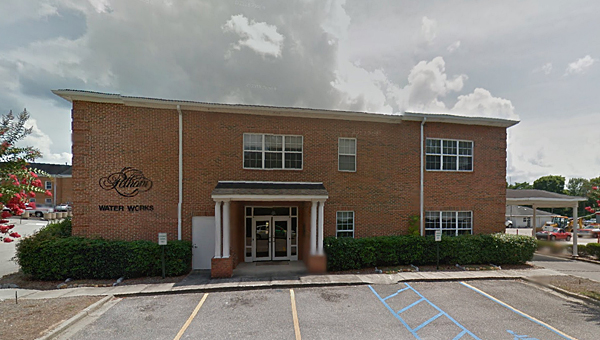 The Pelham City Council agreed to build out the second floor of the city’s Water Administration Building to make room for the Pelham School System central office during a May 19 meeting. (Contributed)

PELHAM – Pelham will move forward with building out the second floor of the city’s Water Administration Building to house the Pelham City School System’s central office after the City Council approved the project during a May 19 meeting.

During the meeting, the council voted unanimously to amend the city’s administration budget by $236,000 to include building out the second floor of the Water Administration Building, which is behind Pelham City Hall, to house the BOE central office.

The city will handle portions of the renovation project in-house, and will subcontract portions of the project to other companies, Pelham City Council President Rick Hayes said during a May 20 interview.

Through an agreement between the city and the Board of Education approved in October 2014, the school system will rent the currently vacant second floor of the Water Administration Building for $3,900 each month.

Hayes said the city is attempting to complete the project “quickly,” and is looking to “get (the BOE) in there in the next two-to-three months.”

While the second-floor’s immediate tenant will be the school system, Hayes said the city also is looking to the future with the building.

Pelham School Board President Rick Rhoades previously said the school system may one day move into the current Pelham library building after a new Pelham Library is constructed.