The scoop on 32 Below: Ice cream shop to open in Columbiana 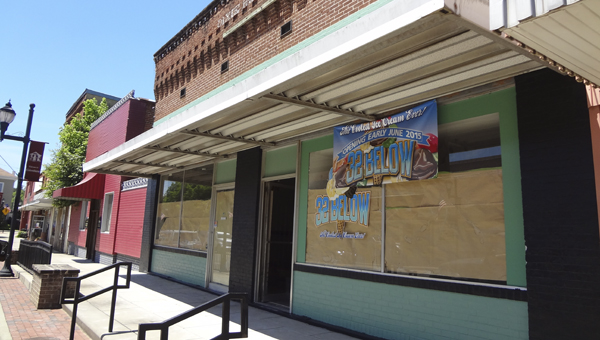 Jim and Tammey Elliott are planning to open an ice cream store, 32 Below, in downtown Columbiana in early June. (Reporter Photo/Emily Sparacino)

COLUMBIANA – Life is about to get sweeter in Columbiana.

A new ice cream store called 32 Below is scheduled to open in mid-June in a downtown storefront between Busy Hands and William T. Harrison Attorney at Law on South Main Street.

Owners Jim and Tammey Elliott are putting an interesting spin on their ice cream, though. The couple will use liquid nitrogen to make every made-to-order batch of ice cream.

“I like innovative things,” Jim Elliott said. “It’s the freshest ice cream on the planet.”

Elliott said the process starts with mixing heavy cream with half and half. Condiments such as chocolate syrup can be added.

Liquid nitrogen is then blown onto the mixture to solidify and freeze it into ice cream.

“Liquid nitrogen is 320 degrees below zero,” Elliott said. “It freezes (the mixture) in less than 60 seconds.”

Elliott said he knows of only one other liquid nitrogen ice cream store in Alabama and thinks 32 Below will be a well-received novelty in the city.

“It’s going to draw people from around,” he said. “It will be great for our community.”

The couple is aiming to open the store during the second week of June.

The third and fourth graders line the halls while the fifth graders walk the hall for one last time. (Contributed)... read more