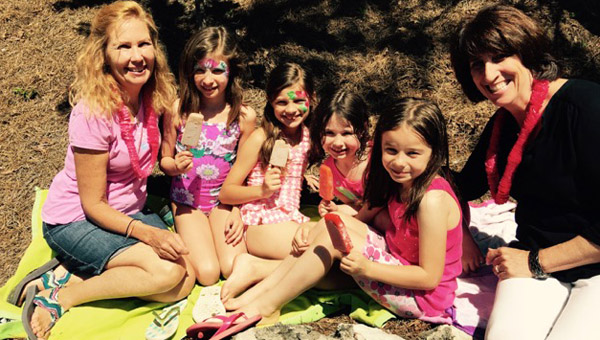 Hilltop Montessori School celebrated the end of the school year and exceeding the Annual Fund goal with a beach party on May 22. (Contributed)

MT LAUREL—Hilltop Montessori School celebrated the last day of school, and exceeding the 2015 fundraising goal for the Annual Fund, with a beach party on May 22.

Head of School Michele Wilensky challenged students on social media to reach the fundraising goal of $40,000. In exchange, students would get to “start summer a few hours early” by having a beach party.

Students were energized and inspired by the challenge, several held their own fundraisers to raise money, including making their own jewelry and doing chores at home. The Annual Fund drive raised $60,000 for the school.

Hilltop Montessori School is finalizing details of the groundbreaking on the school’s Phase Three Expansion project, which will include a gymnasium, teaching kitchen, science laboratory, additional classrooms, art studio and veranda.

The event was a big celebration in honor of the impending expansion, and a fun way to end the school year.

Twin brothers at SCHS will separate to go to college, military