COLUMBIANA–A 30-year-old Montevallo man is facing a felony drug distribution charge after he allegedly sold cocaine on Shelby County 223 near Montevallo on May 19. 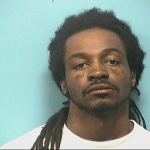 The Shelby County Drug Enforcement Task Force arrested Shaun Vernon Reed, who lists an address on the 400 block of Shelby County 223 in Montevallo, on May 22 and charged him with unlawful distribution of a controlled substance.

Unlawful distribution of a controlled substance is a Class B felony, and is punishable by up to 20 years in prison, according to Alabama law.

According to his arrest warrants, Reed allegedly distributed cocaine where he lists a home address in Montevallo.

According to Reed’s bond recommendation, the charge stems from an ongoing “drug trafficking enterprise” that has been under investigation since January 2015. The recommendation goes on to say that the defendant has a lengthy history of criminal activity and has been previously convicted of first degree attempted assault and posses as a flight risk.