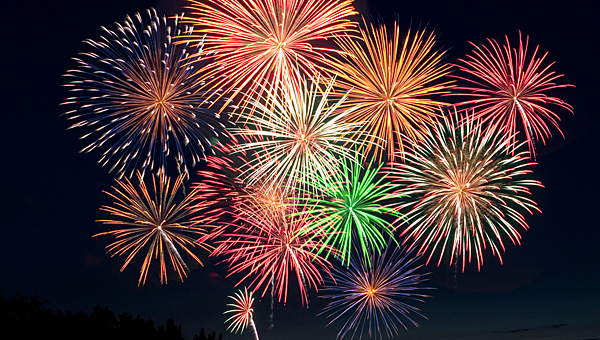 The “Fire on the Water” event will return to Pelham on July 3. (File)

PELHAM – As with any first-year event, Pelham Mayor Gary Waters and City Council President Rick Hayes said they weren’t sure how successful the city’s first Independence Day fireworks celebration would be.

But their fears were put to rest as carloads of visitors packed the state park and surrounding areas for the inaugural 2014 event.

“Last year, the turnout was significantly more than we had anticipated,” Hayes said with a laugh during a May 20 interview. “We want to go bigger and better every year.”

During a May 19 meeting, the Pelham City Council approved an agreement with Pyro Productions Inc., to provide fireworks during the second-annual “Fire on the Water” production, which will again be on July 3.

Through the agreement, the city will pay Pyro Productions $10,000 to fund the large fireworks display, which will be launched from the dam area near the Oak Mountain State Park Double Oak Lake off Terrace Drive.

Waters said the show will begin at about 8 p.m., or sunset, and will be “much better” than last year’s successful show.

Changes for this year’s show include a VIP area for veterans, multiple food trucks – which are now legal in the city – a shuttle from the Oak Mountain Amphitheatre to the state park and food vendors spread throughout the park.

Because the park is forced to close John Findley Drive near Double Oak Lake shortly before the firework show begins, Waters encouraged spectators watching from Terrace Drive to arrive early.

Those not in the state park during the show can also see the display from many parts of the city and park, including Pelham High School, Valley Intermediate School, Heart of Dixie Harley-Davidson, the Pelham Civic Complex and Ice Arena, Peavine Falls overlook and the Alabama Wildlife Center.

Hayes said the city is hoping for a larger turnout in the event’s second year.

“The whole objective was to make it bigger and better each year,” Hayes said. “We were excited about the turnout last year, and we are hoping it’s even better this year.”