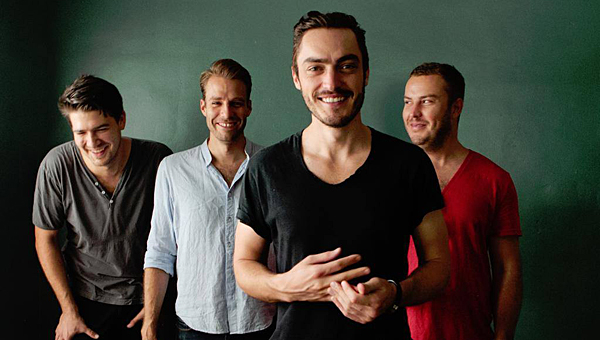 The rock band Civil Twilight will take the stage at Alabaster’s CityFest at 7 p.m. on June 6. (Contributed)

The rock band Civil Twilight will take the stage at Alabaster’s CityFest at 7 p.m. on June 6, opening for 9 p.m. headliner Scotty McCreery, the Alabaster Arts Council announced on May 28.

“We’ve been looking for a rock act to fill out what’s already a very exciting and diverse lineup for this year’s show,” said Arts Council member Jamie Cole. “Civil Twilight has a couple of big records already, their new single is top-10 and a new album and tour are coming this summer. We’re thrilled to be a part of it.”

Civil Twilight is best known for singles such as “Letters from the Sky” from its 2009 self-titled album, and for “Fire Escape” from its 2012 album “Holy Weather.”

The band’s upcoming album, “Story of an Immigrant,” is set to be released on July 10.

Civil Twilight’s music has appeared on television shows such as “One Tree Hill,” “The Mentalist,” “Arrow” and “Pretty Little Liars,” among others.

The band has headlined shows across the nation, including The Hangout Music Festival in Gulf Shoes, and last visited the Birmingham area in spring 2014. Listeners can download the band’s new song “Holy Dove” and pre-order the new album now for $6.99 at iTunes: https://geo.itunes.apple.com/us/album/story-of-an-immigrant/id982248456?uo=6

“The thing that impresses me is their song craft. The music draws comparisons to U2,” Cole said. “‘Letters from the Sky’ is an epic song, and it has been all over radio, TV and even movies for a few years now. Their new stuff is just as exciting.

“This band fits perfectly into the show and we can’t wait to bring them here. Best of all, it’s free,” Cole added.

Civil Twilight will take the CityFest main stage at 7 p.m. before McCreery performs at 9 p.m. CityFest will be held on June 6 in Alabaster Municipal Park.

CityFest is the largest entertainment festival in Shelby County, and regularly draws tens of thousands of attendees. The festival will feature music acts, vendors, a Kids Zone, a car show and more.

Divine Destiny and Divine Destiny 2 will take the stage at 10 a.m., followed by Sanchez Tanniehill at 10:30 a.m. Terry Padgett as Elvis will present his “Honoring the King of Rock and Roll” show at noon, followed by Keith Beard at 2 p.m.

Construction crews work to build to the new Grand Reserve apartment complex off Huntley Parkway in Pelham on May 27.... read more