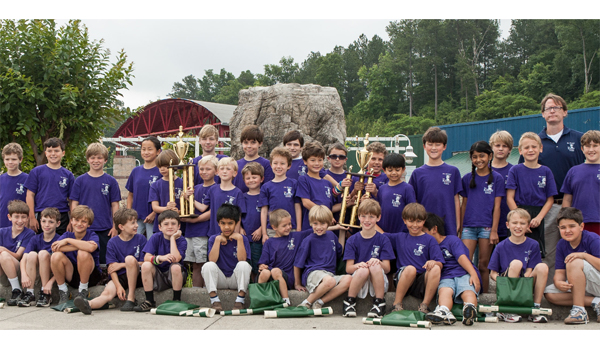 David Brooks, retired English teacher, is the Executive Director of the Knight School, which has a nation-wide enrollment of over 800 students. (Contributed)

For Dr. David Brooks, a retired Honors Freshman English and AP World History teacher from John Carroll Catholic High school, winning isn’t everything, it’s the only thing. It is at least in the sense when it comes down to the grinding competitive part of his sport. Brooks is the Executive Director of the Knight School, a nation-wide chess academy with an enrollment of over 800 students that continues to grow, with its latest expansion heading to Portland, Ore. and Washington, D.C. this fall.

Brooks prides himself in teaching his students what he affirms to be the three pillars of chess. “The first is character and sportsmanship. The second is fun and the third is learning chess,” Brooks said. Brooks went on to say that he believes chess, “teaches children to organize their minds.”

This claim has held up quite well domestically for him. In fact his daughter, a student at Georgetown University, credits chess for sharpening her mind by making her a strong critical thinker. She graduated 14th of 480 in her senior class while winning a state championship in debate. His son also has enjoyed the same level of success, as he has taken home two state championships in chess.

Through this seemingly ironclad foundation, Brooks has overseen an outlandish amount of success in the sport. “We have 21 total state championships and have currently won five in a row.” In fact, his teams have never lost a school-versus-school competition. When Brooks was asked if he sees himself as the Nick Saban of chess, he balked at the comparison. “I see myself as more of the Mahatma Gandhi of the sport. Character always comes first,” he stated.

Brooks’ most ambitious goal for this sport resides in is his current efforts to carefully franchise out the Knight School. “I want to bring training, creativity and achieving goals to everyone across the country within the next five years or so,” he said. At the unflinching successful rate that Brooks is moving, who is to say that he won’t?