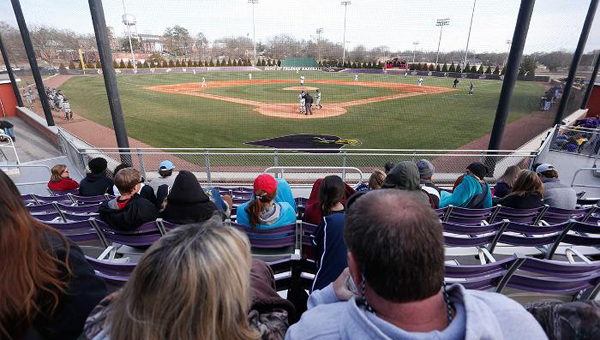 More than a dozen University of Montevallo baseball players will be playing in summer leagues all across the United States and Canada this summer. (Contributed)

MONTEVALLO– More than a dozen student-athletes from the University of Montevallo baseball team are traveling across the United States and Canada to play in six different summer baseball leagues.

Sophomore shortstop Dane Hutcheon is returning to the Northwoods League for the second year in a row. After spending last summer with the Green Bay Bullfrogs, Hutcheon will suit up for the Alexandria Blue Anchors in Alexandria, Minnesota this year.

Sophomore catcher Jacob Whiting, who played with the Fayetteville Swampdogs in the Coastal Plains League a year ago, will join Hutcheon in the Northwoods League as a member of the Kenosha Kingfish, based in Kenosha, Wisconsin.

Junior pitcher Landon Smith, who played with the Socastee Sharks in the Beach Collegiate League last summer, is also playing in the Northwoods League with the Duluth Huskies. The Huskies are based in Duluth, Minnesota.

Freshman pitcher/infielder Kale Latorre is the final member of the quartet playing in the Northwoods League this summer. Latorre will play with the Eau Claire Express based in Eau Claire, Wisconsin.

Keep up with all of the Falcons in the Northwoods League this summer at Northwoodsleague.com.

Four Falcons will play in the Ohio Valley League this summer with the Madisonville Miners based in Madisonville, Kentucky. Freshman pitcher/outfielder Colton Nussel, who played with the Miners last summer, is returning to the team and will be joined by freshmen pitchers Drew Mullinax and Jesse Ellefson along with freshman infielder J.D. Minor.

Freshman pitcher Matthew Herrin is returning to the East Cobb Patriots in East Cobb, Georgia, in the Sun Belt League. Herrin will be joined by freshman catcher Jack Mayo in East Cobb. Keep up with Herrin and Mayo at Leaguelineup.com/eastcobbpatriots.

Freshman outfielder Chad Wagner is heading to Newark, Ohio, where he will play for the Licking County Settlers in the Great Lakes Summer Collegiate League.  Follow Wagner this summer at Settlersbaseball.com.

Fellow freshman pitcher Mason Maziarke is playing for the Westmont Red Sox in the Chicago Suburban Baseball League. Keep up with Maziarke this summer at Hometeamsonline.com/?CSBLREDSOX.

Sophomore infielder Alex Jones will head north to Canada to play for the Weyburn Beavers in the Saskatchewan province in Canada. Follow Jones online at Weyburnbeavers.com/.