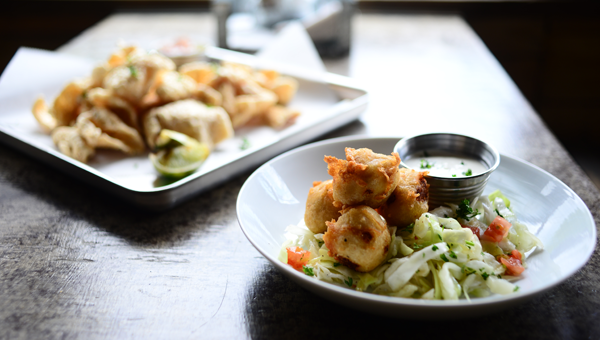 Appetizers include chicarrons and blue crab beignets, which are served with fennel-cabbage slaw.

The Coal Yard, a restaurant that doubles as a bar and live music venue, opened in late March 2015. Owner Jeff Oetting said the restaurant highlights Helena’s history in coal mining and the lumber business. 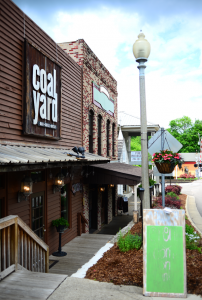 The Coal Yard opened in Helena in March 2015

“I really love old things and especially making them usable again,” he said. “We spent the time it took to find the right materials or period items, and then worked very hard to incorporate them into the space. We used hundreds of feet of wood that was sitting in piles, destined to rot away. Is it easier to use these types of materials? No, but they sure look great, and it’s a hell of a lot of fun doing it.”

Oetting said he chose to open The Coal Yard in Helena because he and his wife, Rosalie, felt there was a niche to be filled in Shelby County.

“We wanted to create a place that had the feel of a restaurant and bar that had been there a long time, a comfortable space with a nod to the building’s historical past,” he said. “There are spaces sort of like The Coal Yard in downtown Birmingham, but for many that’s a long way to have to go for a few drinks, dinner and live music. We really felt Shelby County needed something like The Coal Yard.”

Jason Shipp, the restaurant’s head chef, came from one of Birmingham’s most well-known eateries — The Club. He said his experience heading up The View, part of The Club, helped ready him for opening The Coal Yard.

“My time at The Club was very important in building experience. I was in charge of The View, which was a fine dining restaurant, but I also helped out with large events like Fourth of July banquets and large venue events,” Shipp said.

The menu, which Shipp developed, varies from appetizers and shareable dishes to sandwiches and full entrees.

Shipp said some customer favorites include the smoked gouda tater tots, the shrimp and grits with turnip greens, the German-inspired roast beef on weck sandwich and the Duroc center cut pork chop. He said his personal 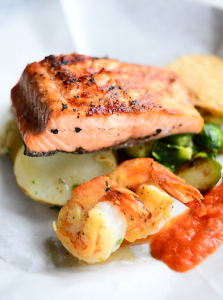 “It’s what I always recommend. It’s such a comfort food to me personally,” he said. “It’s just a very hearty dish that takes time to prepare the right way. When you hear someone say how much they enjoyed it, it makes the time and effort you put into it that much more meaningful.”

He said he believes The Coal Yard offers a varied menu that can stand up against what Birmingham has to offer.

“I just think we offer a menu comparable to some restaurants in Birmingham, with a few twists like homemade gouda tater tots, soft pretzels, you know — bar snack type dishes. But at the same time, (we offer) composed fine dining entrees, as well as salads and sandwiches. It’s really a fun menu to prepare and cook,” Shipp said.

While patrons are enjoying the menu, Oetting’s goal is to provide sustenance for their eyes and ears with live music. Currently, the restaurant offers live music every night.

“The Coal Yard will feature many different types of music. We want to change it up and let people hear their favorite types and also hopefully let them discover some they may not have heard,” Oetting said. “So far, we have had blues, jazz, singer-songwriter, folk, country, big band and a few in the middle.”

He said the restaurant is for everyone, but he’s specifically targeting those in their late 20s and older, “people that appreciate a nice meal, good wines, craft beers and some live music.”

“We want folks to come in and have a fun evening, and then come back time and time again,” he said.

So far, what Oetting wants, he’s been getting. He said the support from the community has been “overwhelming.”

“We have had so many people come out and support The Coal Yard,” he said. “I have to say that at times, we have had some wait times for tables. We are in the process of adding new seating areas in the adjacent gallery where people will be able to sit, relax, have a few drinks and be notified when their table is ready. Our goal is to serve our customers as quickly as we can and allow them to relax and enjoy their evening with us.”

The Coal Yard is located at 4085 Helena Road, the main road through Old Town Helena. The restaurant is open Tuesdays through Saturdays from 4-10 p.m. on weekdays and from 4 p.m.-midnight on the weekends. For more information, call (205) 624-3614 or visit Facebook.com/coalyardinhelena.