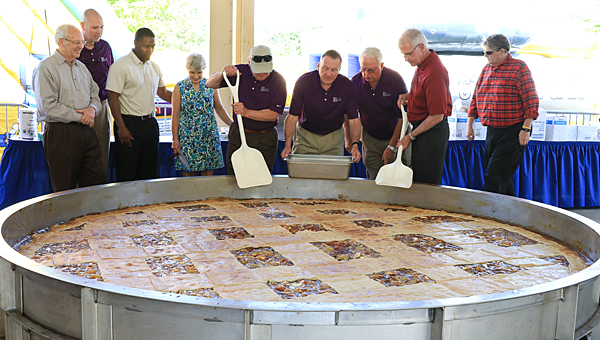 Hoover, which is in Shelby and Jefferson counties, recently was named one of the top places to live in Alabama by a national website. (File)

The Homesnacks.com website, which “uses data and analytics to determine a wide array of determining factors about cities, including safety, entertainment and culture,” included the municipalities of Hoover, Alabaster, Helena, Indian Springs Village and Wilton and the census-designated communities of Meadowbrook, Highland Lakes and Brantleyville in its list.

Hoover, which is in Shelby County and Jefferson County, came in at No. 3 on the list, earned praise for its natural environment and schools from the website.

“You’d be hard-pressed to find a more beautiful location in Alabama, as a lot of Hoover is nestled at the base of the Appalachian Mountains,” read Hoover’s entry. “People who live here are pretty smart, too, because Hoover schools are always towards the top of state rankings.”

Hoover’s unemployment rate of 3.7 percent was tied for lowest in the state, and its education ranking was third in the state.

Alabaster came in at No. 6 on the list, and posted the fourth-lowest unemployment rate and eighth-lowest crime rate in Alabama.

“Another Birmingham suburb, Alabaster claims it has ‘warm and caring neighborhoods’ and it would be hard to argue against that fact,” read the city’s entry. “When lots of people are working, there’s low crime, and better-than-average weather, what else can you ask for?”

Helena followed closely behind at No. 8 on the list. Helena posted the lowest house vacancy rate in the state, and tied for the top adjusted household income in Alabama. Its unemployment rate was fifth-lowest in the state, and its crime rate was third-lowest.

“Another Birmingham suburb in north Shelby County, Helena was named as one of the best places to raise kids by BusinessWeek Magazine about 10 years ago. Seems like not a lot has changed since,” read the city’s entry. “Additionally, the crime was is not only low in Alabama, statistically, Helena is one of the safest cities in the entire country.”

On the list of best towns with populations between 1,000 and 10,000 residents, Indian Springs Village came in at No. 1 and the census designated communities of Brantleyville, Meadowbrook and Highland Lakes ranked No. 2, No. 3 and No. 8, respectively.

Brantleyville is a community near Alabaster, and Meadowbrook and Highland Lakes are off U.S. 280.

On its list of best small towns to live in Alabama, the site ranked Wilton, which is near Montevallo, at No. 8 in the state.

The city of Helena approved to increase the base water rates by $1 beginning in October. (File) By GRAHAM BROOKS... read more