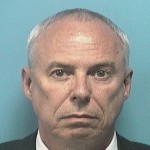 David Wayne Auterson, 59, who lists an address on Woodrush Court in Delran, N.J., in court documents, was arrested by Shelby County Sheriff’s Office deputies at the Department of Human Resources office in Columbiana on May 27. Auterson flew from New Jersey under the impression he was going to a DHR hearing, SCSO officials said.

The case originated with the Hoover Police Department after a complaint was filed against Auterson following an alleged July 2012 incident. The Hoover Family Services Unit investigated the case.

“Detectives have worked countless hours on this case over an almost three-year period,” Hoover Police Capt. Gregg Rector wrote in a June 1 email. “This was a sensitive, time-consuming and complicated case and it involved a very young, innocent victim.”

According to court documents, Auterson allegedly “did on or about July 2012, intentionally subject to sexual contact another person… who was less than 12 years of age.” Auterson was indicted and a warrant for his arrest was issued in October 2014.

“Detectives never gave up their efforts to gather enough information and evidence to obtain and arrest warrant,” Rector wrote. “The case was presented to a Shelby County grand jury and those citizens determined an arrest was certainly appropriate.”

Auterson was placed in the Shelby County Jail on May 27 following his arrest. He posted the $40,000 bond and was released the same day.

Auterson is scheduled to appear in front of Shelby County Circuit Judge Dan Reeves for arraignment on July 8 at 8:30 a.m.

Sexual abuse of a child less than 12 is a Class B felony. If found guilty, Auterson could face up to 20 years in prison.

“Mr. Auterson’s actions were sickening and repulsive, and clearly criminal in nature,” Rector wrote. “Now it’s time for him to be held accountable. (The victim) deserves justice and closure and we’re going to do our part to see that accomplished.”