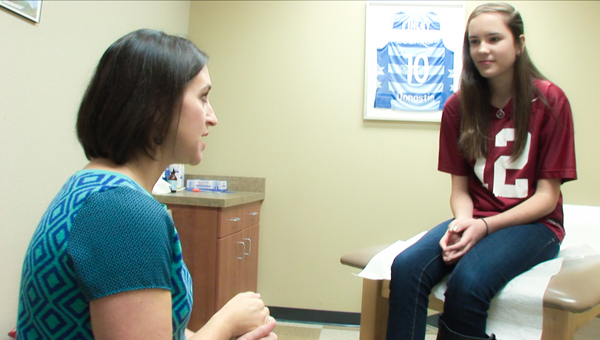 May 29 marked the official partnership between Andrews Sports Medicine and Orthopaedic Center and pediatric neuropsychologist Joseph Ackerson in their quest to create a comprehensive concussion-management program for athletes.

Andrews Sports Medicine and Orthopaedic Center is run in part by Dr. James Andrews, renowned orthopaedic surgeon who is well known for his work in knee, shoulder and elbow injury prevention. They have two offices in Shelby County, one off U.S. 280 near Greystone and one in Pelham. Their partnership with Dr. Ackerson, who is, “the state of Alabama’s premier concussion expert,” according to Dr. Jeffrey Dugas, managing partner of Andrews Sports Medicine and Orthopaedic Center, will be a multi-disciplinary program to better manage and treat sports concussions in youth student-athletes, according to a press release put out by Andrews Sports Medicine on May 29.

Concussions have come increasingly to the forefront of the sports landscape in recent years, with the NFL in particular facing large amounts of scrutiny over how they treat and diagnose concussions.

Dr. Ackerson was one of the driving forces behind the 2011 Sports Concussion Law which states, among other things, if a youth athlete is suspected of having a concussion or brain injury during practice or competition, they must be immediately removed from play, not return to play the day of the injury and not return until they have been evaluated and received written clearance to return to play by a licensed physician.

Through the Anderson Sports Medicine and Orthopaedic Center, student-athletes with a head injury are provided with immediate access to one of four Andrews non-surgical sports medicine physicians who further assess the severity of the concussion, according to the press release. Most concussions are minor and can be managed by certified athletic trainers and the Andrews Sports Medicine team of physicians, however athletes with more severe concussion symptoms are now referred to Dr. Ackerson for further assessment and treatment.

To treat concussions, Ackerson said there is no one single test, but rather the best approach is a, “team approach, using well-trained and knowledgeable experts, which is why I am thrilled to be part of this important integrated system of concussion care.”

Pelham’s Alex Reese, shown here earlier in a Jan. 8 game against Chelsea, was recently invited to a tryout for... read more