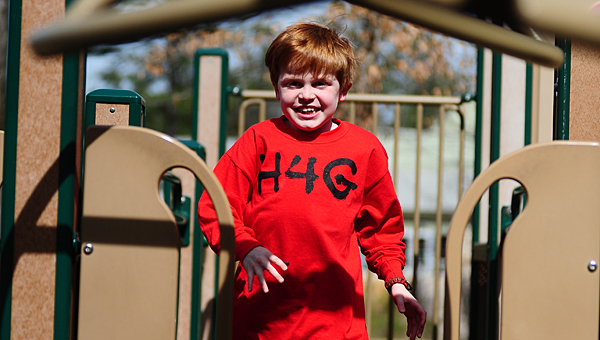 MONTGOMERY – Gov. Robert Bentley has signed a bill inspired by a 10-year-old Shelby County boy who has Duchenne muscular dystrophy, paving the way for terminally-ill patients to have access to experimental drugs.

The state House of Representatives recently passed “Gabe’s Right to Try” bill by a vote of 97-0 after state Rep. April Weaver, R-Brierfield, and state Sen. Cam Ward, R-Alabaster, worked with 10-year-old Shelby County resident Gabe Griffin and his supporters to back the bill.

Ward introduced the bill in the state Senate in early April in an effort to help Griffin, who has a rare genetic mutation known as Duchenne muscular dystrophy, and other individuals facing terminal illnesses.

As a result of Duchenne, Griffin is expected to be in a wheelchair in the next few years and die when he is about 20.

“Gabe Griffin is a special child who has worked hard to advocate for this legislation,” Bentley wrote in a statement. “As a physician, I believe it is extremely important to give terminally ill patients the option to consider experimental treatments. Gabe’s story has touched many lives. I appreciate the Alabama Legislature passing this bill and giving Gabe and other children like him hope for the future.”

“Senator Ward and Representative Weaver introduced this bill and the Alabama legislature approved it unanimously, recognizing the real barriers that exist between patients like Gabe and modern treatments log jammed in the decades-old federal approval process,” Scott Griffin wrote in a statement.  “On behalf of all Alabama families living through the nightmare of a terminal illness, Traci and I appreciate Governor Bentley signing this law and giving us another possible path to victory in our race against time.”