ALABASTER – A 58-year-old Alabaster man is facing a pair of felony charges after police said he allegedly distributed multiple types of prescription painkillers from his residence earlier this year. 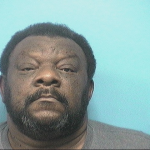 The Shelby County Drug Enforcement Task Force arrested Jerry Sheppard, who lists an address on Second Avenue Northwest in Alabaster, on May 28 and charged him with two felony counts of unlawful distribution of a controlled substance.

According to his arrest warrants, Sheppard was taken into custody after allegedly distributing the prescription painkillers acetaminophen and hydrocodone from his residence on Jan. 22 and Feb. 18.

Both medications are strong prescription painkillers, and can lead to severe side-effects such as stoppage of breathing, liver damage and death if abused, according to Drugs.com.

Sheppard was released from the Shelby County Jail the same day he was arrested after posting bonds totaling $20,000. He is scheduled to appear in Shelby County Court for a preliminary hearing on June 17 at 8:30 a.m.

Unlawful distribution of a controlled substance is a Class B felony, and is punishable by up to 20 years in prison per count upon conviction, according to Alabama law.