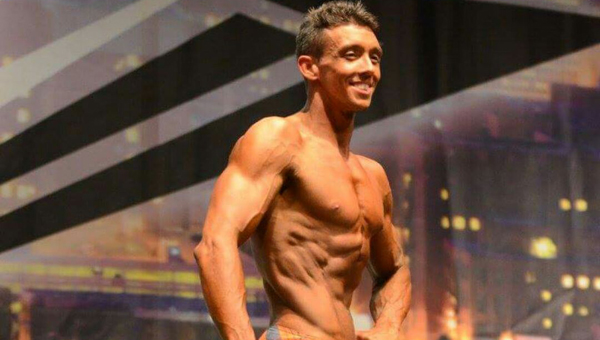 Chandler Smith is a personal trainer at Snap Fitness in Chelsea and has taken part in bodybuilding competitions for the last year and a half. Recently, Smith won his height division at the Vulcan Classic, a national qualifying competition, and won Mr. Birmingham. (Contributed)

Over Memorial Day Weekend, downtown Birmingham hosted the ninth annual Vulcan Classic, an amateur bodybuilding competition, which saw nearly 200 competitors come to strut their stuff. One of these competitors was relative newcomer Chandler Smith, a personal trainer at Snap Fitness in Chelsea. Smith, who started taking part in bodybuilding competitions roughly a year and a half ago, by his own estimation, can’t remember a time when he didn’t enjoy working out.

“I had always been the type of person where I worked out four or five times a week,” Smith said in a June 4 phone interview. “About a year and a half ago (Snap Fitness Chelsea owner) Kevin Gandy asked if I had ever thought about doing a competition. I said no and he asked would I want to do one. I said, ‘sure, what could it hurt’.”

“Honestly it was probably the hardest thing I’ve ever had to do physically and mentally,” Smith said of that transition. “You go from thinking you’re doing okay with your diet to someone writing out a meal plan and it literally changes everything. Changing your diet like that, it takes a major, major toll on your mental state.”

However, once Smith went through his first season in bodybuilding competitions, he found himself sticking with the same lifestyle and diet. “Once you get into it, even during the offseason, you can’t break yourself away from the routine. It sticks with you. This year I was 205 pounds and had nine percent body fat when I started.”

This year’s Vulcan Classic, the biggest to date, was a National Physique Committee (NPC)-sanctioned competition that was also a National Qualifier. National Qualifiers are the first stepping-stones to becoming an International Federation of Bodybuilding and Fitness (IFBB) professional bodybuilder. Smith placed first in his height class, for men 6-feet-2-inches tall and over, and thus earned a bid to compete in one of the eight National Shows, which then feed into the IFBB.

While Smith is happy with his performance, he is not in any hurry to take part in the next step of the bodybuilding ladder rung. “I’m going to wait and see if I can be competitive at that level,” Smith said. “If I do that, I want to compete to win.”