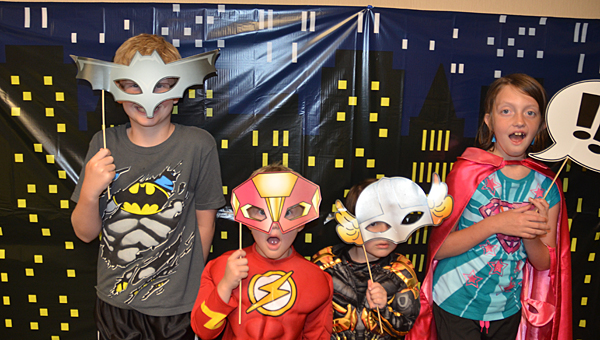 The kids and some of the library staff dressed up like their favorite superhero, book character, or movie character. Some people even made up their own original characters.

The library provided snacks, three different craft stations, games and a photo corner at the party. The junior librarians assisted the library staff with this event by running the different stations at the kickoff party.

More than 250 children and parents attended the kickoff party.

The Superhero Kickoff Party is the first of several events at the library throughout the summer. Some of these events include BE-AT Your Best, a high-energy drum show, on June 9, a Minecraft Build Competition on June 13, Super Hero Science presented by the McWane Center on June 16, and many more.

The Pelham Public Library has something planned for almost every weekday in June and July. For a full list of events, visit Pelhamlibrary.com or call the library at 620-6465.